This genius duo of father and son were actually supposed to come and visit our festival in 2020. Fortunately, they are back this year for a second chance, because there is no better way to start your Roots Open Air day. From an early age, Reza Mirjalali was a virtuoso player of the tar, a traditional Iranian stringed instrument. He learned the tricks of the trade from his father Shahram, a maestro in Iranian music. Reza and his father have been touring the world since he was 17, and he has won several awards in Iran.

In 2013, Reza moved to the Netherlands to study music at Codarts Rotterdam Conservatory. The following year, he scored high with a performance with his father on VPRO's Vrije Geluiden. They still play together on the tar, with father Shahram representing musical tradition as a big Iranian name and son Reza looking for improvisation. 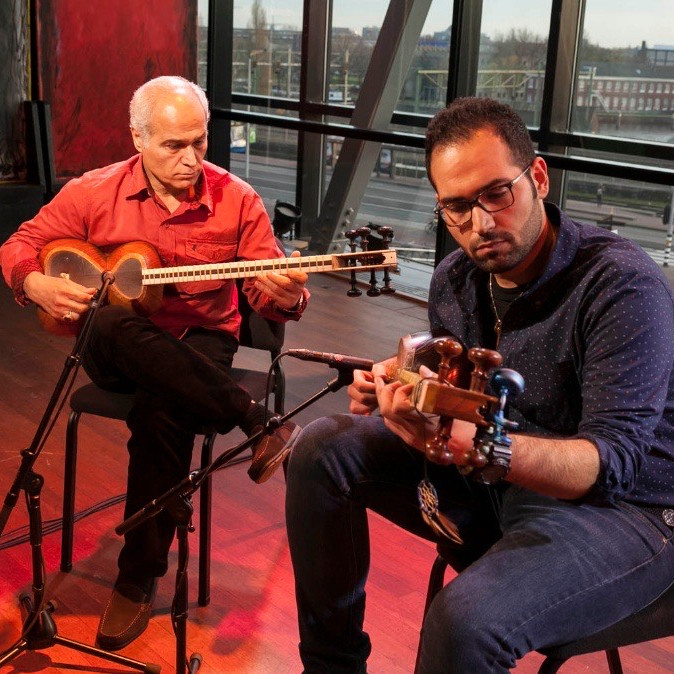