From Cameroon to Colombia in an express train ride

As if Douala, Cameroon and Barranquila, Colombia were right next door to each other: that's what Nkumba System sounds like. The formation, now based in Marseille, was formed in Bogotá in 2018 and draws on the similarities between South American and Central African music: among other things, danceability, generous use of the clave and a sense of trance. Nkumba, which means "navel" in Bantu, hints at a possible African origin of the words cumbia and rumba.

Led by guitarist Guillo Cros, the band consists of musicians from Colombia, Cameroon and Cuba: Cindy Pooch on vocals, Jhon Socha on bass, Simba Daniel Evousa on guitar and Yoandy San Martín on drums. After releasing their debut album in 2020, they are coming to delight us with a live explosive cocktail of highlife, rumba, cumbia, curralao and Guaracha. This creates an energetic mix of styles that is bound to lead to musical fireworks. 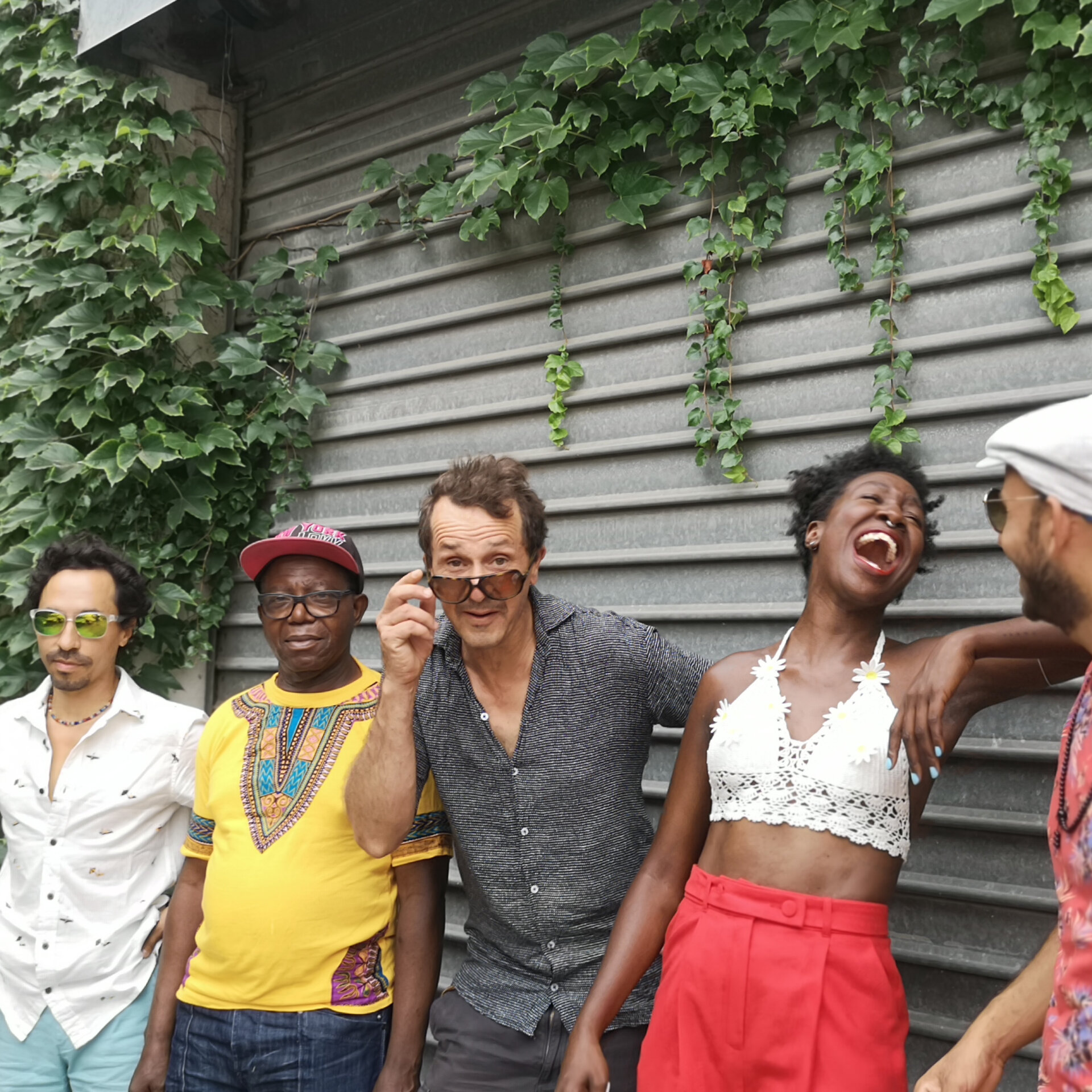