With Ballaké Sissoko and Habib Koité we've got two Malian superstars playing at Amsterdam Roots. Both are descendants of the griots families, the musician families of West Africa that pass on music and stories from generation to generation.

Habib Koité is a guitarist and singer songwriter who has enriched his Malian roots with blues and flamenco, among other things. Ballaké Sissoko is a virtuoso kora player, from the same griot lineage as the famed Toumani Diabaté. Like Habib Koité, he incorporates various musical influences into his playing.

Around the concerts, Sites of Memory will present short performances from its new show "Returning the Gaze. Prior to the program, the short film 'Future for the Past' will be screened with a short follow-up by Jennifer Tosch. 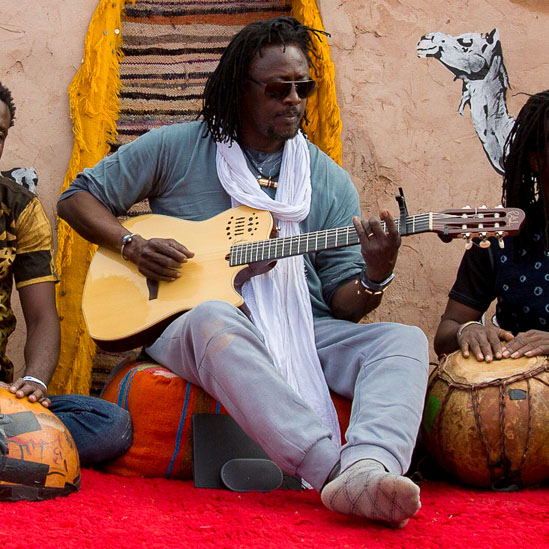